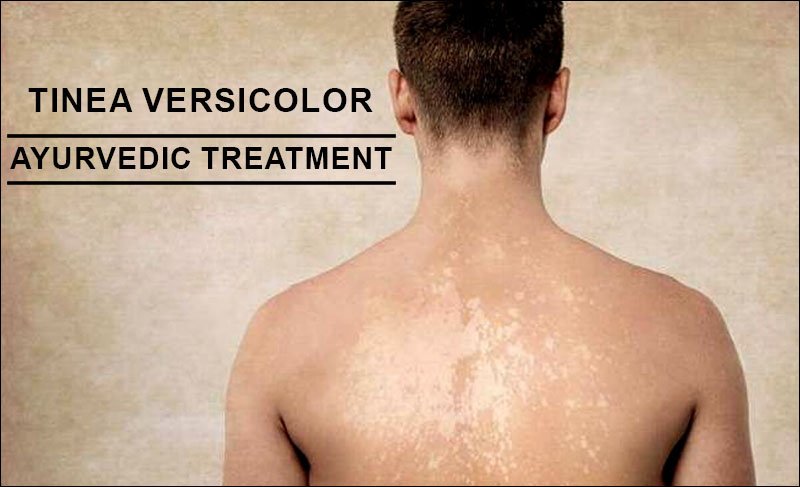 Tinea Versicolor is a fungal infection of the skin that is very common. It affects the trunk and shoulders. This fungus interferes with the normal pigmentation of the skin which results in the formation of discoloured and small patches. It is a non-contagious skin disorder which is a yeast infection caused by Malassezia globosa fungus.

Though it is not a life-threatening or painful skin disease, but the visibility of diseased skin can cause severe emotional distress and trauma to the patients. Skin disorders cause the patients to be extremely self-conscious.

What are the Symptoms of Tinea Versicolor?

The signs and symptoms of Tinea Versicolor include:

What are the Causes of Tinea Versicolor?

The fungus that causes tinea versicolor can also be found on the normal skin. When the fungus overgrows, the problem occurs. There are a number of factors that trigger its growth. These are:

What is the Treatment of Tinea Versicolor?

Modern treatment includes local application of anti-fungal creams, shampoos or lotions but even after treatment the colour of the skin may remain uneven for several weeks or months. There is also a possibility of its recurrence, especially in warm or humid weather.

The science of Ayurveda uses herbal remedies for the treatment of disorders which do not have any side effects.

Tinea Versicolor – According to Ayurveda

In Ayurveda, tinea versicolor is correlated with Sidma Kusta but Master Charak has explained it under different types of kushtas and its management is also elaborated.

The involved dosha in tinea versicolor is Kapha and Vata dosha. Kapha symbolizes in mucus in Ayurveda. Vata symbolizes air or wind. Vata is dry, subtle and mobile in nature. In tinea versicolor, both Vata and Kapha doshas manifest in the skin and cause the accumulation of toxins.

The toxins thus accumulate in the deeper tissues of the skin such as rasa (nutrient plasma), rakta (blood), mamsa (muscles) and lasika (lymph). The contamination of these deeper tissues and aggravation of Vata and Kapha doshas leads to the formation of tinea versicolor.

Another dosha which is involved in tinea versicolor is Pitta dosha. It symbolizes heat or fire. Thus, it is a tridoshaj disorder, in which prime involved doshas are Vata and Kapha.

Tinea Versicolor treatment in Ayurveda involves the administration of Deepana Pachana drugs for strengthening the Agni (digestive fire) and detoxification to eliminate the root cause of the disease. Some of the effective herbs useful for the treatment of tinea versicolor include:

Neem is one of the common herbs useful for the treatment of all kinds of skin disorders.

Aloe vera has been used since ages for the treatment of various skin disorders.

In India, turmeric is a most common remedy for all kinds of skin disorders like infections, bruises, inflammation etc.

So, it can be concluded that herbal remedies for tinea versicolor are effective in the management of its recurrence. We at IAFA for Allergy offers the best quality herbal remedies for the treatment of various diseases. But before taking any herbal remedies or Ayurvedic medicines directly you must consult with an expert Ayurveda Doctor. Dr. Sahil Gupta (BAMS, MHA) CEO and Founder of IAFA for Allergy has vast experience and good knowledge of Ayurveda. He has treated many patients successfully. Click here to Consult Now.