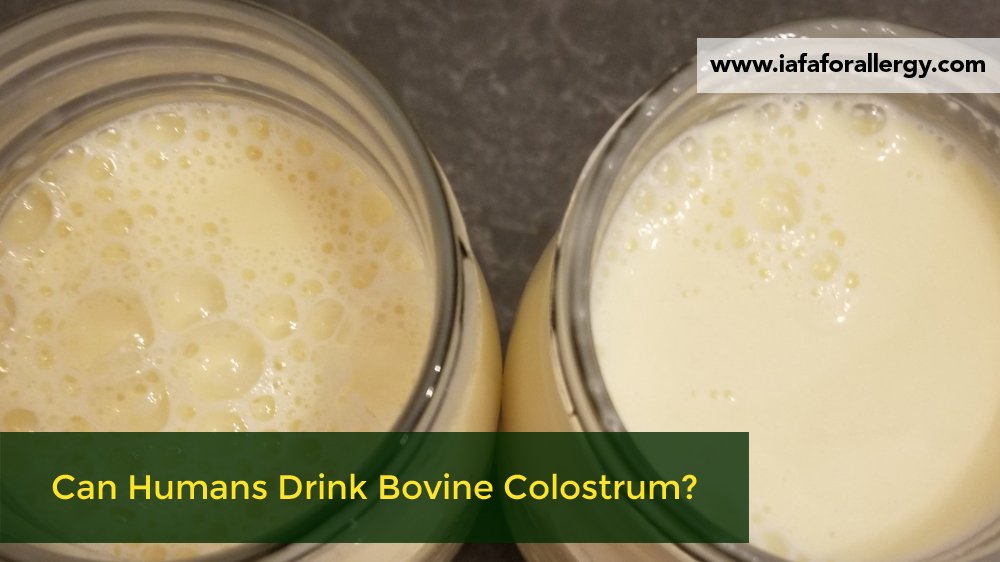 Webmd says that bovine colostrum has 100 times higher antibody levels than normal milk. Research is going on where scientists are vaccinating the cows to get “hyperimmune bovine colostrum”. This colostrum is being used to treat various infections and disease conditions. Some say that having bovine colostrum is not ethical and may have side effects on our body but some others contradict this saying human consumption of bovine colostrum is good for health as it has plenty of nutrients and antibodies. So, in this article let’s see whether we can consume bovine colostrum or not, keep on scrolling and enjoy the reading.

But, before that, if you want to read in detail about bovine colostrum you can read it here.

Okay, let’s get started. If you have read the above article you might have got an idea about bovine colostrum, if you haven’t, don’t worry we’ll cover you up.

Bovine colostrum is not true milk, it’s just a milky and creamy fluid that appears right after cows have given birth and is full of nutrients and antibodies which are way higher than regular milk. So, research is going on to prove that the human consumption of bovine colostrum will aid in fighting some human illnesses too as it is rich in antibodies and immunoglobulins. But one is not 100% sure of the effect of bovine colostrum on human health.

Is Bovine Colostrum the Same as Human Colostrum?

We hope you have got a clear eye on whether to consume or not to consume bovine colostrum. But, if you get any allergies or suffer from any kind of cow’s milk allergy or milk intolerance book an online video consultation with Dr. Sahil Gupta now. IAFA has been serving good health free from allergies for decades with the use of ancient Ayurveda along with a personalized ayurvedic diet.