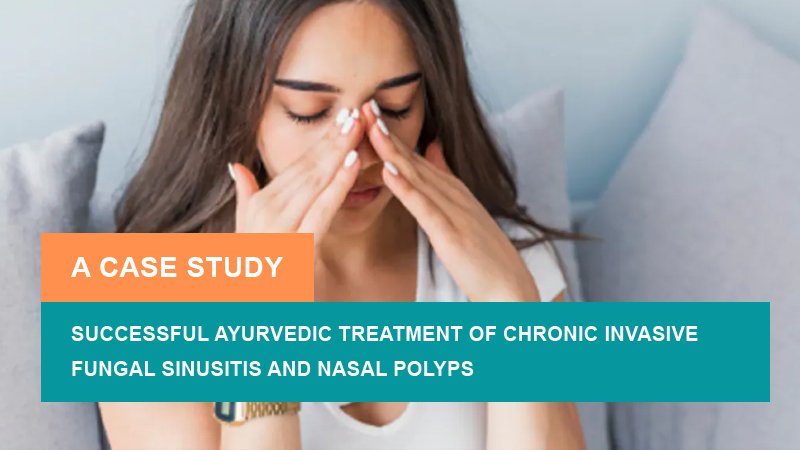 Mena, residing in Hyderabad, India consulted IAFA online after getting tired of using alternative therapies and still suffering from ever-haunting symptoms of Fungal Sinusitis and Nasal Polyps. Mena has undergone strategic and personalized treatment for 3 months and recovered completely from both conditions. Through this case study, let’s get to know the previous state of the patient, her 3 months therapy plan, and the state of the disease after getting treated at IAFA. We will show you the comprehensive plan for the Ayurvedic Treatment of Chronic Invasive Fungal Sinusitis and Ayurvedic Treatment of Nasal Polyps.

Mena has been suffering from Chronic Invasive Fungal Sinusitis and Nasal Polyps for the past few years and she had suffered a lot from the symptoms which would worsen in the winter. She tried every therapy doctor suggested to her but the results were not promising. Luckily she visited IAFA where her allergies and sinusitis got treated. Not only Mena even you can get your allergies treated at IAFA with a personalized diet and strategic treatment plan.

A Brief Introduction of the Patient

Mena has been suffering from Nasal Allergies for the past few years and the symptoms were continuous sneezing, runny nose, difficulty in breathing, and disturbed sleep. She was having a severe headache, disturbed sleep, and loss of smell and taste. She had two surgeries, one for Nasal Polyps in 2013 and one for FESS surgery in 2018.

Ayurveda explains Fungal Sinusitis as Kaphaj Pratishyay. Fungal sinusitis is a sinus infection that is caused due to fungus. Research studies show that a weakened immune system is the main cause of this infection. There are different types of fungal sinusitis, some may destroy the lining of the nose and spread to the brain, causing death in rare conditions. To further understand in detail the topic, let’s divide it into mini parts.

Sinuses in our skull are empty, interconnected spaces and can be extended to the forehead, cheekbones, nose, and eyes. These sinuses trap the bacteria and keep the air inside its walls moist.

Sinusitis is the inflammation of the sinus walls where the sinuses get blocked and dis-regulate their function.

What is Fungal Sinusitis?

Fungal sinusitis can be defined as the inflammation of the walls of the sinuses due to the accumulation of fungus. Many researchers classify fungal sinusitis into two types:-

So, you might have got an idea of what our patient is suffering from.

Wikipedia states that around 90% of fungal sinusitis is due to the fungus, Aspergillus.

What are Nasal Polyps?

Nasal Polyps can be defined as benign growth in the sinuses or the walls of the nose.

The above shloka elucidates Nasal Polyps. Ayurveda considers Nasal Polyps as one of the Nasarsha and refers to them as Kapha Rakta grandhis, where abnormal lesions can occur in any of the nasal mucosa or para nasal sinuses. As per Acharya Sushruta, Nasal Polyps can be of 4 types:-

Symptoms of Nasal Polyps – As Per Ayurveda

Causes of Nasal Polyps – As Per Ayurveda

Some people develop Nasal Polyps without any previous nasal issues, but the following can be triggering agents for the development of Nasal Polyps:-

Dr. Sahil Gupta asked the patient to get tested for fungal culture.

From the given lab reports, it’s concluded that the patient is suffering from:-

Let’s get to know in detail about the treatment plan and how our patient got treated successfully at IAFA within 3 months.

It’s an Ayurvedic procedure where the patient instils nasal drops followed by inhalation of steam to clear the mucus and free the nasal passages. Dr. Sahil Gupta advised the patient of the following procedure:-

Method of Usage: Instill 4-6 drops in the bilateral nostrils, twice a day, one in the morning and one in the evening. After instilling the Nasal All Clear X Drops, take steam. Steam helps in clearing the mucus in the nasal and sinus walls thereby clearing the air passages. After taking steam, use Nasal Air.

It is a dhoomapanam wick which has to burn to inhale through alternate nostrils once a day.

Method of Usage: One end of the wick is burned and the flame should be stopped. The medicated smoke coming out of the wick can be inhaled through alternate nostrils and eliminated by oral route.

Dose:- 2 tablets twice a day before food with lukewarm water.

Dose:- 2 Capsules once a day at bedtime with lukewarm water.

This is the successful Ayurvedic Treatment of Chronic Invasive Fungal Sinusitis and Nasal Polyps.

These are the Pathya and Apathya to be followed for the successful Ayurvedic Treatment of Chronic Invasive Fungal Sinusitis and Nasal Polyps.

Pranayama, controlled and mindful breathing helps to attain great relaxation in the mind. Pranayama ensures blood flow to all body parts along with mental strength.

Note: Do not overheat, keep the flame low. So that it retains the properties of cumin.

Note: Do not overheat to retain the properties.

Along with the medication, these home remedies not only help in the treatment of Chronic Invasive Fungal Sinusitis and Nasal Polyps but also boost immunity and overall health.

After a month of using the above-mentioned medicines, the results were as follows:-

Dr. Gupta advised the patient to further use the medicines for 2 months to get a full recovery.

As per the advice of Dr. Gupta, the patient has been using medications for another month, and below we’re the results.

The patient’s condition has improved by 80%, but the goal of IAFA’s treatment plan is to get 100% recovery from the disease. So, another month of therapy is needed.

Here are the reports of the patient after using 3 months of medications from IAFA.

As you can see from the reports, the patient shows negative for the fungal infection and his condition has improved.

Happy Review from the Patient

After 3 consecutive follow-ups, the patient’s Ayurvedic Treatment of Chronic Invasive Fungal Sinusitis and Nasal Polyps has been completed, and below are the words of our patient:- 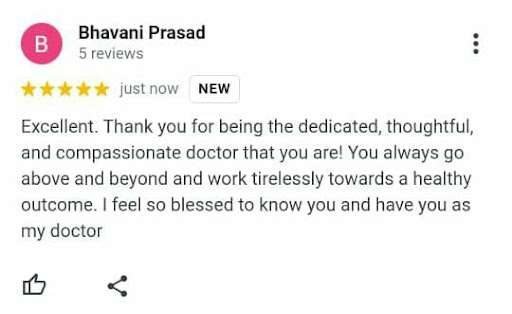 These reviews from our patients motivate us to serve more and help people to live allergy-free lives happily. Ayurveda is an age-old medicine that will treat disease by eliminating the root cause. Head on to IAFA or book an online consultation now to talk with our Ayurvedic Allergy Specialist – Dr. Sahil Gupta (B.A.M.S., M.H.A.), and lead a healthy and happy life.

A Quick Wrap Up

Mena has been suffering from Chronic Invasive Fungal Sinusitis and Nasal Polyps for the last few years. The symptoms were worse at the beginning when she arrived at IAFA, she said that she tried alternative therapies but the results were not satisfying. After analyzing Dr. Sahil Gupta made a 3-month strategic treatment plan that also indicated a personalized diet and recommended a few yoga asanas to improve the quality of life.

After using the medications for 3 months, Dr. Gupta asked the patient to get tested for the fungal culture, this time, the results turned out negative. The patient was happy, so we are! The patient’s symptoms were improved, her condition has been treated and her overall quality of life is augmented. Now she is leading an allergy-free life and has no further worries about sinusitis or nasal polyps.

You can also get treated at IAFA by using Ayurvedic medicines and can live a healthy life. Consult now with our health expert and prioritize your health. Remember, your health is our priority.