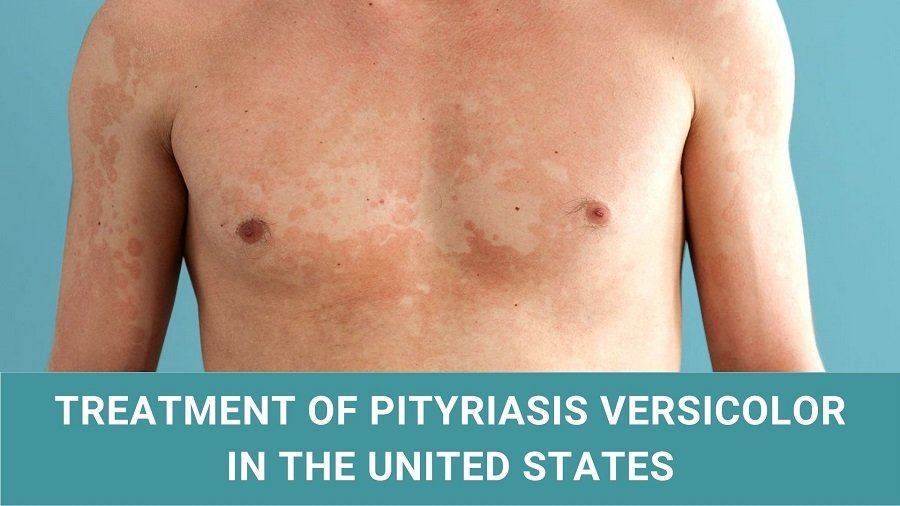 Pityriasis Versicolor is a skin disease that causes demarcated oval or round macules on the neck, trunk, and upper arms where the density of sebaceous glands is high and these appear as hyper-pigmented patches on the dark or tanned skin. It’s also called Tinea Versicolor.

It is caused by the yeast Malassezia which is a member of the normal skin flora of human beings but under some circumstances, it transforms into filamentous pathogenic forms.

The overgrowth of yeast is caused by the following factors:

How does Ayurveda Help to Treat Pityriasis Versicolor in the United States?

The science of Ayurveda gives importance to building the immunity of an individual rather than focusing on different kinds of micro-organisms.

Even the ancient Ayurvedic sages were well aware of skin conditions and various descriptions regarding this have been mentioned in different classical Ayurvedic textbooks.

What IAFA® Offers to Treat Pityriasis Versicolor in the USA?

Institute of Applied Food Allergy® (IAFA®) follows the core principles of Ayurveda and treats skin disorders like Pityriasis Versicolor by the use of herbs, herbal formulations along with changes in diet and lifestyle.

IAFA® offers various herbal formulations that help in breaking or reversing the samprapti (pathogenesis) without causing any side effects. These formulations are potent in their own way for the Successful Treatment of Pityriasis Versicolor in the United States.

Herbal Formulations of IAFA® for the Treatment of Pityriasis Versicolor

How to use: It can be applied directly. Apply 1-2 gm of the cream on the affected part twice or thrice a day.

IAFA AF – 7 Powder can be applied in the form of paste as lepan is described as “Sadya Siddhi Karaka” by Master Charak. The external applications play a key role in the treatment of tinea pityriasis. The ingredients present in IAFA AF – 7 Powder reach to the deeper tissues and allow the local toxins to flow out. Ingredients of IAFA AF – 7 Powder are: Aragwadha (Cassia tora), Nimba (Azadirachta indica), Khadira (Acacia catechu), Asana (Pterocarpus marsupium), Triphala (Compound drug), Daruharidra (Berberis aristata), and Lodhra (Symplocos racemosa).

Changeri Capsules by IAFA® contain the standardized extract of Changeri (Oxalis corniculata) herb. These capsules have katu (pungent) taste and ushna veerya (hot potency) which act on the digestive fire and help in the digestion of toxins.

Thus, it can be concluded that IAFA® has the potential for the treatment of Pityriasis Versicolor in the United States effectively through herbal remedies that do not cause any side effects.

It is also recommended that before the use of these medications, please consult our health experts for the exact dosage as per the condition. Book an Appointment Now.