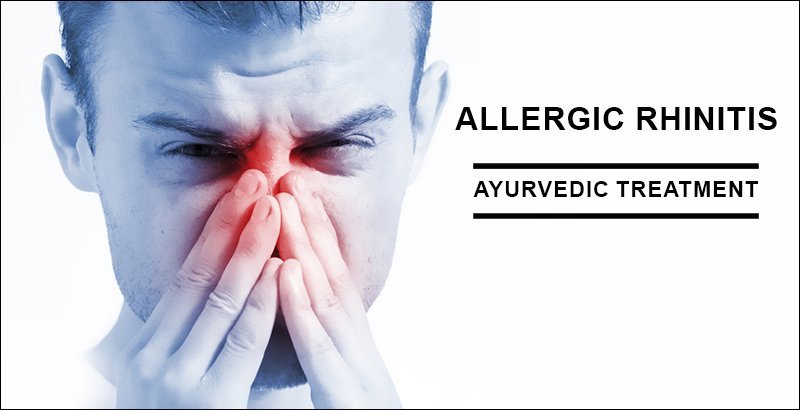 What is Allergic Rhinitis?

Allergic Rhinitis is an IgE-mediated immunological response of the nasal mucosa to the air-borne allergens. Allergic rhinitis can be seasonal or perennial. It is commonly known as hay fever develops when the body’s immune system recognizes and overreacts to something in the environment that typically causes no problem in most of the people. Don’t be misled by the name as you don’t have to be exposed to hay to have symptoms.

Some people may experience both types of rhinitis. The perennial symptoms get worse during specific pollen seasons.

The symptoms are experienced after breathing in an allergy-causing substance such as pollen or dust. When a person who is sensitive to allergen inhales an allergen, the body’s immune system may react and produces the symptoms such as:

In children with allergic rhinitis, it is seen that they become more irritable and moodier during allergy season.

Modern treatment of allergic rhinitis involves the prescription of intranasal corticosteroids, antihistamines, decongestants, nasal sprays, leukotriene pathway inhibitors, immunotherapy in the form of allergy shots and sublingual tablets, etc. These medications in the long run can cause side effects such as sedation, chest tightness, palpitations, swelling, unusual bleeding or bruising, etc.

Concept of Allergic Rhinitis – According to Ayurveda

In Ayurveda, Allergic Rhinitis is compared with Vata-Kaphajpratishaya. The Ama, Asatmya, and virudhhahara also predict the allergic conditions and can be correlated with allergic rhinitis.

Ama (toxins) are produced due to impaired digestion. The formation of Ama affects the Rasa (lymph) and Rakta (blood) dhatus (tissues) leading to the manifestation of Pratishaya.

The Ayurvedic treatment for Allergic Rhinitis is based on eliminating the root cause as Ayurveda believes that a disease recurs when the responsible doshas have not been eradicated completely. These doshas exist in the body in their dormant form and may give rise to the same disorder again when exposed to aggravating factors. After correcting the doshas, herbal remedies for allergic rhinitis are prescribed to improve respiratory immunity and strength of the upper respiratory tract. It involves shodhan (detoxification), shaman (pacification) and rasayana (rejuvenation therapy).

Aahar (Diet Recommendation) for Allergic Rhinitis according to Ayurveda:

Some Yoga Poses that are Useful in Allergic Rhinitis are: