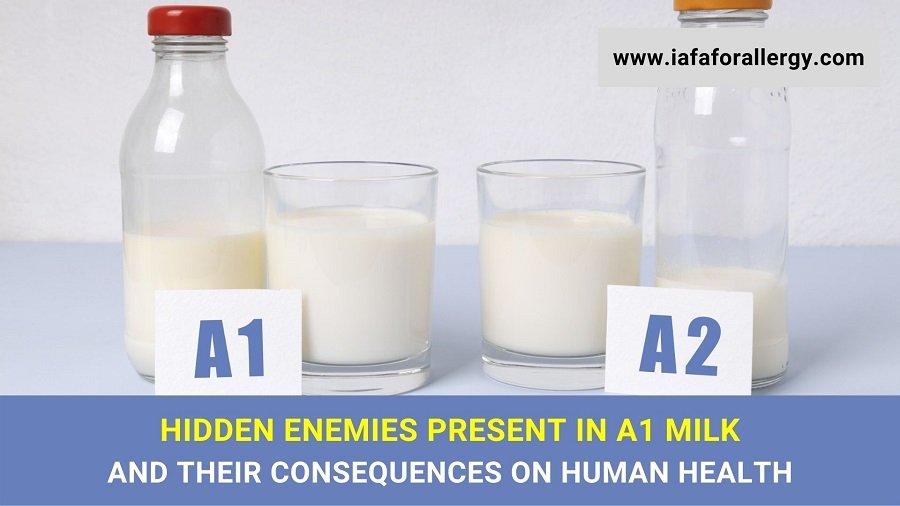 A few people have an idea about A1 milk and A2 milk. There are two types of milk based on the type of beta-casein protein present in them. Although both types have the same structure with a slight difference at the 67th position of the amino acid chain. Because of this variation, A1 milk releases two types of agents which act as toxins in our body and cause various harmful health issues. Let’s get to know in detail what A1 milk is, its hidden enemies, and its health consequences. 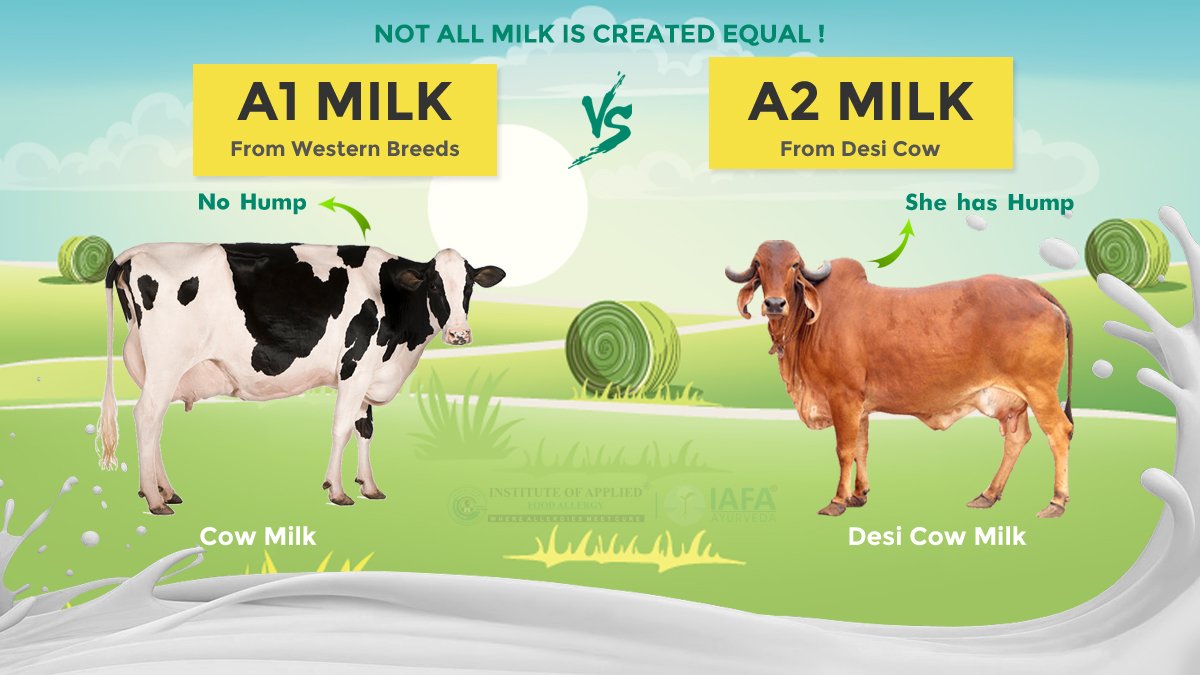 Having histidine makes the A1 milk hard to break down, so, not easily digested, that’s why many find it difficult to get digested and it may lead to various health issues due to the release of the toxins. Especially the hidden enemies present in the A1 milk are the main precursors of health problems like cow milk allergy.

So far, we have known what A1 milk is, and now have a look at the hidden enemies present in A1 milk and  A1 milk health issues.

Two Hidden Enemies in A1 Milk 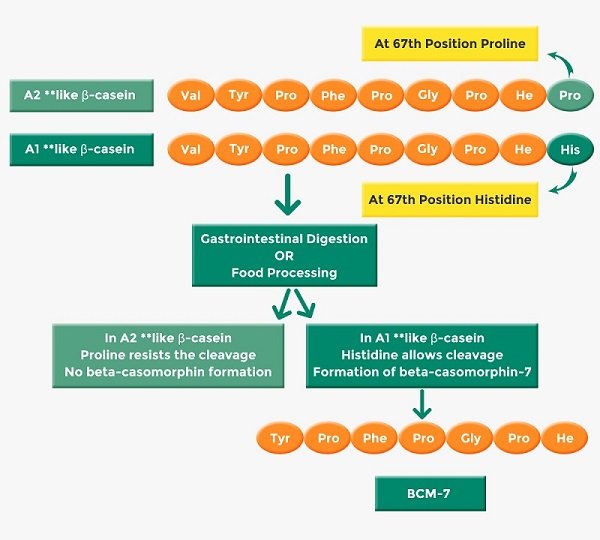 A1 milk upon digestion releases two components. They are considered harmful toxins coming from the amino acid histidine. These are:

What is BCM-7 Protein?

Beta-casomorphin-7 is an opioid receptor agonist. When the gastrointestinal tract with their enzymatic action balancing tries to break down A1 beta casein protein present in A1 Milk, BCM-7 is released and produces morphine-like side effects on CNS of the brain, so it acts as an opioid by stimulating the addictive properties in the consumers.

BCM-7 Protein and its Health Effects

It also has various effects on human health. Let’s discuss A1 Milk side effects on the various systems on the body:-

Histidine when it tries to break down releases gets to form Histamine (neurotransmitter). Histamine acts as an allergic agent producing hypersensitivity reactions in our body. It is the major agent responsible for Allergy March.

Histamine and its Health Effects

Histamine is the major component for the occurrence of Allergy March in the consumers.

If you want to read in detail about how A1 milk is responsible for Allergy March you can click here. 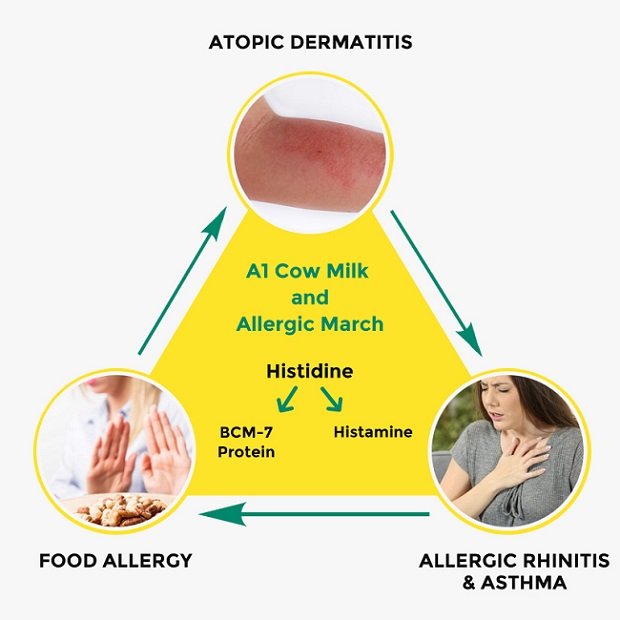 The following health issues can be found in kids and people who consume A1 milk:-

A1 milk can cause a tremendous effect on the health as it is not digested so a human’s body develops an intolerance to the milk. A1 milk protein intolerance is caused due to the variation in the amino acid present in it and the two hidden enemies we discussed before. In general A2 milk is considered to be healthier as it has more of a natural origin than A1 milk which is genetically engineered.

At IAFA® many such patients visited with milk intolerance, Allergy March due to consumption of A1 milk, and various other health issues due to any food intolerance.

You can read our successful case studies and happy notes from our patients worldwide here.

Dr. Sahil Gupta, founder of IAFA® is an allergy specialist who has treated many patients with any kind of allergies and various other disorders with the use of ancient Ayurveda. Book your appointment for online consultation with Dr. Gupta and discuss your treatment process thoroughly.

Tags: A1 Beta-casein Protein Intolerance, A1 milk health issues, A1 milk protein intolerance, A1 Milk Side Effects, Allergy March
Previous Post A1 Milk Vs A2 Milk – Which is the Best as per Ancient Ayurveda?
Next Post Successful Ayurvedic Treatment of Wheat and Gluten Allergy along with Seborrheic Dermatitis and Yeast Allergy in a 33 Year Male Patient – A Case Study