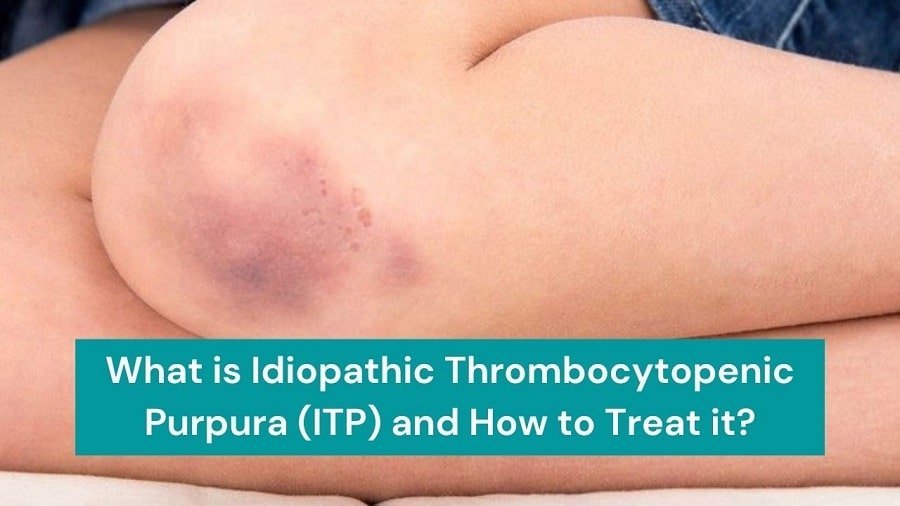 Acharaya Sushrut in his Ayurvedic text has described the importance of blood by quoting “tasmaat yatnen sanrakshaya raktam jeevam iti sthit.” This means that blood is life and its loss must be prevented by utmost priority basis. Various bleeding disorders result in heavy blood loss and can be life-threatening as well. One such bleeding disorder is Idiopathic Thrombocytopenic Purpura (ITP).

What is Idiopathic Thrombocytopenic Purpura?

As the name suggests, Idiopathic means whose cause is unknown, Thrombo means platelets, cytopenic means decrease, and purpura means spots. In modern science, the cause of ITP is unknown so they called it idiopathic.

What are the Types of Idiopathic Thrombocytopenic Purpura?

There are two types of Idiopathic Thrombocytopenic Purpura. These are:

What are the Causes of Idiopathic Thrombocytopenic Purpura?

There are numerous causes of ITP. It is mainly caused due to the low levels of platelets in the body and when the antibodies whose function is to protect the body by fighting against the infections, start destroying their own platelets. Sometimes, medical history can also be the reason for this disease.

In Ayurveda, ITP can be correlated to Raktapitta as in ITP, bleeding occurs from different parts of the body. In ITP patients, the main cause is the increase in Pitta dosha. The vitiated Pitta dosha causes Raktapitta.

According to Ayurveda, Yakrit (liver) and Pliha (spleen) are known as mool (main organs) of Rakta (blood). In ITP, there is a vitiation of Pitta dosha especially Ranjak Pitta.

In Ayurveda, the relationship between Rakta Dhatu (blood) and Pitta dosha has been documented and well elaborated. The main cause of Raktapitta mentioned in Ayurveda is the consumption of more amal (acidic), lavan (salty) and katu (pungent) ras (tastes).  Pitta dosha gets aggravated by the intake of spicy foods, sour foods and consumption of Virudh Ahara (wrong food combination). Due to this, there is the formation of ama visha (toxins) in the body which vitiates Pitta dosha and this vitiated Pitta dosha causes Raktapitta.

What are the Symptoms of Idiopathic Thrombocytopenic Purpura?

What is the Treatment of Idiopathic Thrombocytopenic Purpura?

Herbs that are Useful in the Treatment of Idiopathic Thrombocytopenic Purpura

Thus, Idiopathic Thrombocytopenic Purpura (ITP) can be successfully managed with Ayurvedic treatment along with changes in diet. For Ayurvedic consultation, book an appointment now.