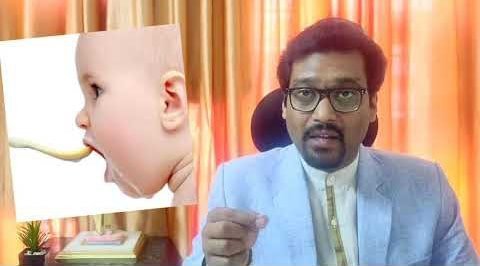 In today’s 21st century era, all the epidemics that we have knowledge of, especially the modern vaccination of the same epidemics are administered by our children. Whereas in Ayurveda, the history of immunization was written in the 6th century BCE itself. Modern vaccinations first came into existence in 1796 during the smallpox epidemic. In 1767, the College of Physicians, London sent Dr. John Z Holwell, Specially to India to find out what the Ayurvedic physicians are adopting Method of Treatment and Sources in smallpox epidemic, which is causing very few deaths in India. Future pandemics that do not even have an idea like we have no such vaccination right now to fight with viruses today? Therefore today the whole world has turned its eyes towards Ayurveda, India’s oldest medical system. Hello, I am Dr. Gupta IAFA For Food, Skin and Nasal Allergy going to tell you today about the ancient Ayurvedic Vaccination Technique, “Suvarnaprashan Sanskar Vidhi”. Do you know that in the 6th century BCE, which was the most important century in the history of India, Jainism and Buddhism religion also comes under existence, Acharya Kashyap in his ayurvedic text book “Kashyapa Samhita” had established Swarna Prashan Sanskar Vidhi as such Ayurvedic Immunization, Suvarna Prashan, one of the 16 sacraments during the birth of a child.

What is Suvarnaprashan Sanskar Vidhi?

Prashan means that is to lick.

Swarna Bhasma is mixed with medhya ayurvedic medicines gaudhrit and honey, starting from the day of birth and licking it for 6 months. The parents of those who have not done Suvarnaprashan Sanskar Vidhi of their child’s, the Golden Answer is, before the age of 16, that is, the age of puberty can take advantage of it according to the consultation of their Ayurvedic Physician.

Let’s talk about the benefits of Swarna Prashan, first

The diet we eat that is, Ras in ayurveda, Swarna Prashan gives strength by making the saplings of the Sapt Dhatus Ras, Rakt, Maas, Med, Asthu, Majja and Oja. Oja has been given the name of Immunomodulator in Ayurveda.

Swarna Prashan improves IQ and brain development in preemies. Preemies who received the Swarna Prashan medicines scored much better by age 4 on the measures of intelligence, language and memory the those who did not .

All of us are emphasizing our immunity in this difficult phase of Covid-19 Pandemic today using the ancient Ayurvedic medicines. Take special care of your beloved little children immunity by having your embellished with Swarna Prashan. Suvarnaprashan Sanskar is watchman of your children’s; hand over immunity 24/7 round-the-clock to fight against viral infections.