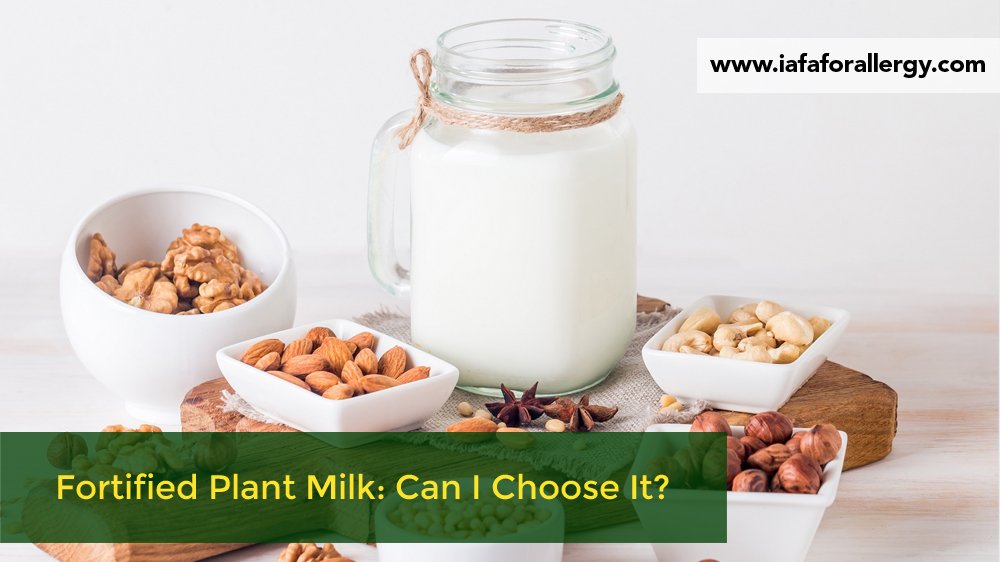 Hey, vegans, out there, I know you are chilling with your delicious vegan recipes and meanwhile, you popped up here as heard about this Fortified plant milk recently from someone and you know that your query gets the answer here. We got you. We will make you clear of every dilemma in your head. Due to environmental changes and polluted surroundings, the food we eat and the water we drink have become less nutritious. As a way to cover up all those lost nutrients, companies have come up with an idea called Fortification. Let’s delve into every detail to get a clear eye. We won’t break the trust you have in us. We will cover everything ranging from:-

Okay, let’s get started. Have a joyful read and we will be more than happy if you share this article with someone who may get insights from it.

WebMD defines Fortification as the chemical process of adding certain micronutrients, vitamins and minerals to the food. Some foods are enriched with required nutrients but some do not have those micronutrients. So companies add them to enrich the nutritional value of the food and also benefit our health.

Why is the Fortification of Food Common Nowadays?

Due to environmental changes, polluted surroundings, dietary habits, and expenses spent on food, it has been difficult to get the required nutrients to your body. Micronutrients are a kind of nutrients which our body can’t make on its own, these nutrients must be supplied in the form of a diet.

But due to the above-mentioned conditions, we aren’t sure that we are getting enough nutrients to keep us away from nutrient-deficiency diseases.

That’s why fortification has become common nowadays and the WHO indicated that around 45% of children under the age of 5 are dying due to undernutrition. It’s high time to keep an eye on the nutrients that are going inside our bodies.

As per the data provided by WebMD, Fortified plant milk stands in the top 5 foods that are commonly fortified. As it is believed that cow’s milk has a sufficient amount of calcium and protein and not all plant-based milk does not have the same amount as dairy milk. So, many vegan milk brands are choosing to fortify plant-based milk with the essential vitamins and minerals to satiate the needs of your body. As many are switching their paths towards more eco-friendly vegan milk, keeping the customers feel happy not only with the taste but also with the nutrients has been the most important goal for plant-based milk brands.

The following are the vital micronutrients and some minerals that plant-based milk is usually fortified with:-

The above list along with some additives and sweeteners make up the Fortified plant milk.

Some Cons of Having Fortified Plant Milk

Not everything comes with full benefits. Even life-saving medicines come with side effects and so does plant-based milk.

Who can Take Fortified Plant Milk?

Economic Times shows that only 57% of milk has been fortified with calcium, so it is better to check the label to get enough calcium from your plant-based milk. Now, coming to your query, well, every person who needs micronutrients and is not getting enough from other foods needs to have this fortified plant milk. To be more specific:-

Who Should Avoid It?

Well, even plant-based milk is pumped with needed micronutrients that are quite essential to your body, but there are some limits on who can consume and who should avoid it. The first question got answered already, now it’s time to answer the second query. Reasonably, we will say:-

What Do We Suggest?

I hope you have got an eagle eye on the Fortified plant milk. As a final verdict, I would like to give some more clarity on whether you can choose it or not. Stay tuned if you are confused.

If you get any allergies due to cow milk or any nasal allergies or skin allergies, please visit IAFA Ayurveda or you can simply book an online consultation now. Dr. Gupta has treated more than 50000+ patients worldwide. Why can’t you be the next one? You deserve a happy and healthy life without any allergies.

Okay, we are winding up, this is all the info about Fortified plant milk. Hope you have got an idea, do let’s know in the comments whether you had chosen fortified vegan milk.

If you like reading this, then we are sure, you love the below ones too:-