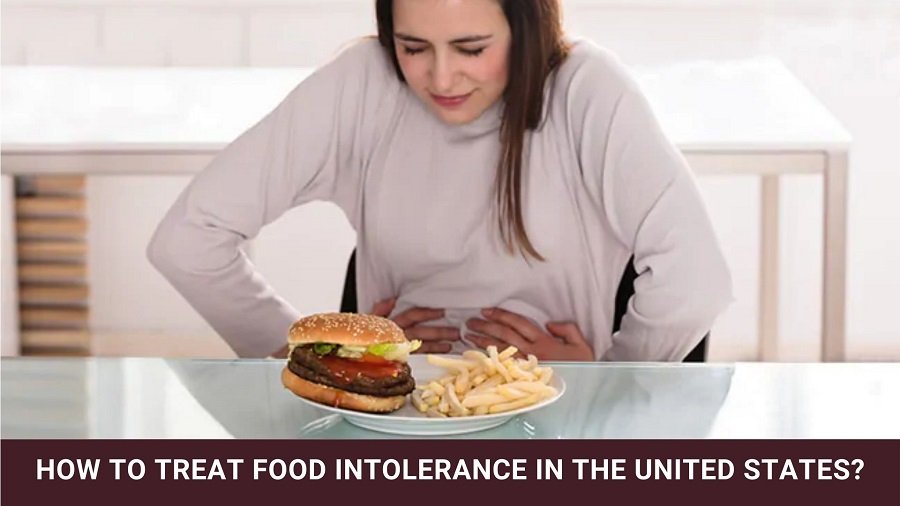 Food Intolerance is a condition that causes difficulty in digesting certain foods. The condition is extremely common and affects about 15-20% of the global population. It generally occurs in people who suffer from digestion problems such as Irritable Bowel Syndrome.

Like other digestion issues, food intolerance is quite common and affects a large population in the US.

In this article, we will discuss about the symptoms, causes and types of Food Intolerance as well as ayurvedic tips to treat food intolerance in the United States.

Consumption of certain foods trigger reactions that are defined as symptoms of Food Intolerance. In the case of food tolerance, the amount of food consumed determines the severity of its symptoms. A few common symptoms of this condition include:

The symptoms of this condition may take a while to show up but generally persist for a few hours to days. Though the two conditions are different, the symptoms of food allergy and food intolerance are quite similar.

As mentioned earlier, the inability of the body to digest certain foods causes food intolerance. This may result due to the lack of digestive enzymes or a sensitivity to certain chemicals present in the food. The following foods are generally the causes of food intolerance:

Lactose is a natural sugar that is present in milk. People who are intolerant to lactose lack sufficient lactose, the enzyme that breaks lactose into simpler and smaller molecules, that body can easily absorb through the intestine.

The remains of lactose in the digestive tract cause certain symptoms which include bloating, diarrhea, gas, stomach ache, and spasms.

Fructose is the natural sugar present in fruits, vegetables, and honey. Fructose malabsorption is caused due to the absence of a protein that allows the absorption of sugar from the intestine.

This leads to the fermentation of sugar in the gut causing gas, bloating, fullness, cramps, and diarrhea.

Salicylate is a compound that occurs in many plant-based foods which include vegetables, herbs, and spices. It is also commonly found in artificial flavorings and preservatives and in toothpaste, candies, and chewing gums. Reduced tolerance for salicylate can cause the following symptoms:

Gluten intolerance is also known as non-celiac gluten sensitivity. It is a low tolerance for a protein called gluten which is found in wheat, barley, and rye. Gluten intolerance causes discomfort by causing bloating, gas, pain, and nausea.

Herbal Remedies to Treat Food Intolerance in the United States

We at the Institute of Applied Food Allergy® provide safe and effective herbal remedies to treat food intolerance worldwide including United States. These remedies are prepared under the guidance of Dr. Sahil Gupta (B.A.M.S., M.H.A.). He is the CEO and Founder of the Institute of Applied Food Allergy®. He has vast experience and deep knowledge of Ayurveda.

Elimination of certain foods from the diet can affect the overall nutrition of the body. It is always suggested to consult a healthcare practitioner before taking such steps as it may lead to further complications in the long run.

As guided above, for this purpose, you can reach out to us at IAFA® where our Ayurvedic Healthcare Providers prescribe Ayurvedic treatment measures to eliminate the root cause of disease and treat food intolerance worldwide including United States.