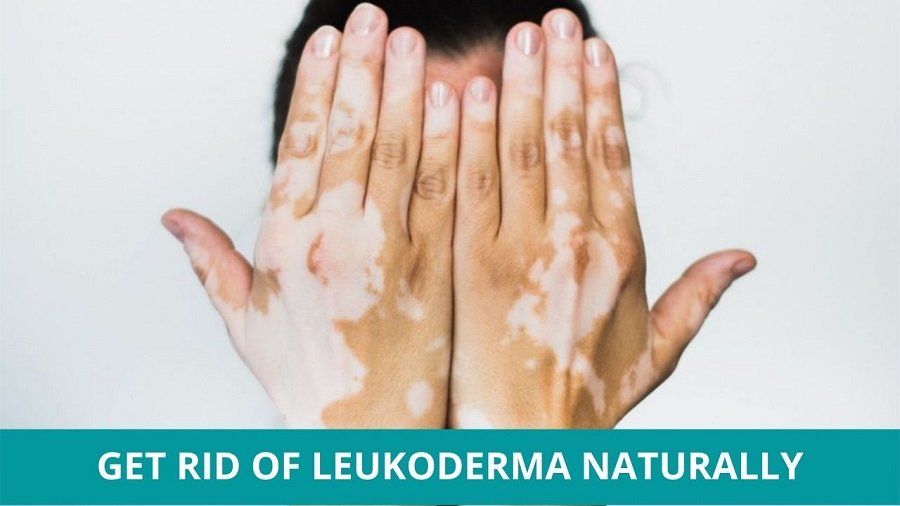 Leukoderma, also known as Vitiligo, is a skin condition where the skin loses its pigmentation (melanin), which causes white patches on the surface of the skin. The disease is a result of dysfunction of the pigment-producing cells or when they begin to die. The affected areas include eyes, scalp, mouth, hair, and genitals, depending upon the severity of the condition.

A definite cause or reason behind this condition remains unknown, but a combination of factors or aspects that lead to vitiligo shall be discussed in this article, along with the Symptoms of Leukoderma, its treatment, and various Herbal Remedies that help in treating the condition.

Some foods that must necessarily be avoided if you suffer from vitiligo are:

Apart from these lifestyle changes, certain Ayurvedic and Herbal Remedies for Leukoderma also help in treating the skin condition. Let’s take a look at a few of them:

Bringing about the above lifestyle changes, taking care of dietary restrictions, and following the above-stated herbal remedies and measures can bring about a remarkable difference in treating your skin condition. We at IAFA® not only provide reliable data and information regarding various skin conditions, allergies, and disorders but also provide personalized medical assistance and consultancy to treat your ailments. Contact us to book your appointments.